Click here for the latest news which includes the re-opening of our sports venues, libraries, museums & galleries, facilities at Dean Castle Country Park, updates from Annanhill Golf Course and more. 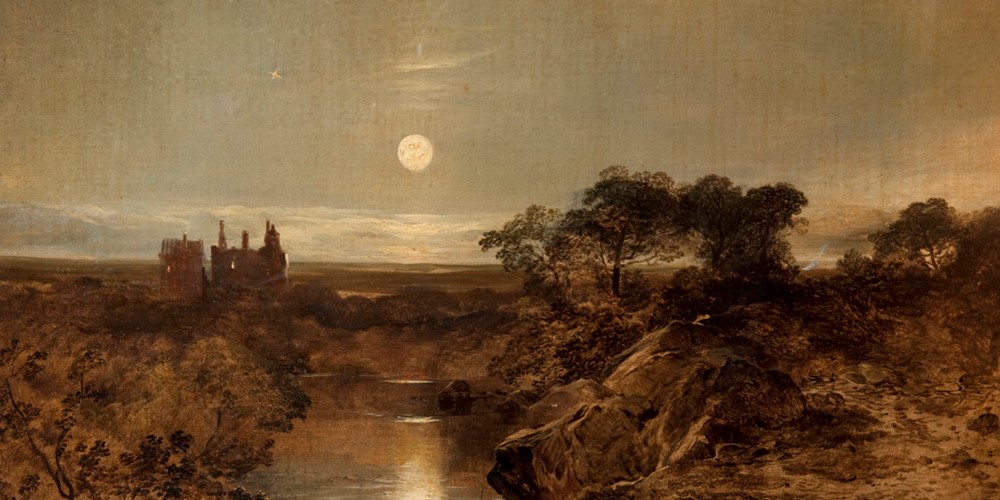 Castles in a Landscape

Dean Castle sits on the outskirts of Kilmarnock. As the town developed into a thriving industrial centre during the 19th Century, the castle stood as a stately ruin, reminding visitors of an earlier era. Centuries before, this building had been the stronghold of the Boyd family. From here they played a part in many of the most dramatic events in Scotland’s history.

At the beginning of the 20th Century, Dean Castle had come into the possession of the 8th Lord Howard de Walden. He set about restoring the castle to its former glory. Efforts are now underway to ensure that the fabric of the restored castle remains in good order for the 21st Century and beyond. The castle is therefore temporarily closed to the public and is due to open again in 2021.

This exhibition looks at Scottish castles, which even now as ruins, help to tell the story of our nation’s turbulent past. Castles have frequently been a point of interest for the artists who have depicted Scotland’s dramatic landscapes. This exhibition includes paintings from East Ayrshire Council’s collection along with arms & armour and early musical instruments from the Dean Castle collections.

[Whilst Dean Castle remains closed for restoration (Funded by Heritage Lottery Scotland) you can still explore its lovely grounds. As part of the Dean Castle refurbishment project, the collections have been rehoused at the nearby Dick Institute Museum and Gallery where many are on display. You can also find out more about the castle’s history and its collections in an ongoing programme of talks and performances.]