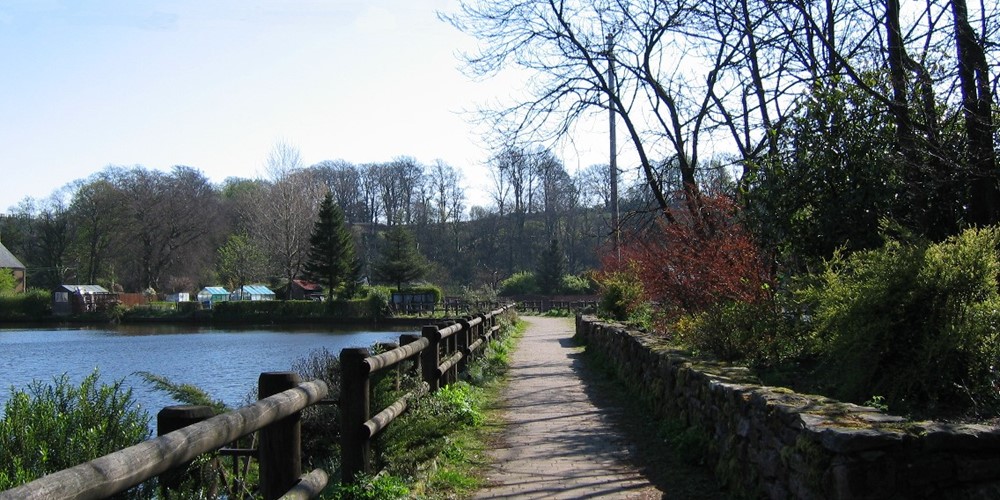 East Ayrshire has a range of important wildlife sites which have been given special designations to protect important habitats and species:

A Site of Special Scientific Interest (SSSI) is a conservation designation denoting a protected area in the UK.

A Special Protection Area (SPA) is a designation to safeguard the habitats of migratory birds and certain particularly threatened species.

A Special Area of Conservation (SAC) is designated to protect the habitats and species which are considered to be of European interest.
Within East Ayrshire these sites include:

Loch Doon
Awarded SSSI designation because of the rare fish, Artic Char, that breed in its water which are usually native to far northern streams and lakes of North America, Asia, Europe, Iceland and Greenland. It is thought that the population of Arctic Char is now genetically distinct from other populations in Scotland.

Ness Glen
A spectacular rock gorge which links Craigengillan Estate to Loch Doon. Ness Glen is also a SSSI because of the myriad of rare mosses and ferns which grow there.

The River Ayr Way
Much of the River Ayr Way has SSSI designation and Ayr Gorge is one such example. It is a fine example of native woodland and also an array of wildlife.
Glenbuck Loch, the source of the River Ayr, has also been awarded SSSI designation because of the fossilised fish in its water.
The Muirkirk Uplands and Airds Moss have been given SPA (Special Protected Area) designation because it is an important ornithological site. Expect to see hen harrier, merlin, peregrine and red and black grouse in this area.

Galloway and Southern Ayrshire has also recently been designated as a UNESCO Biosphere because of the combination of its unique landscapes and wildlife areas and rich cultural heritage and is the first of its kind in Scotland.