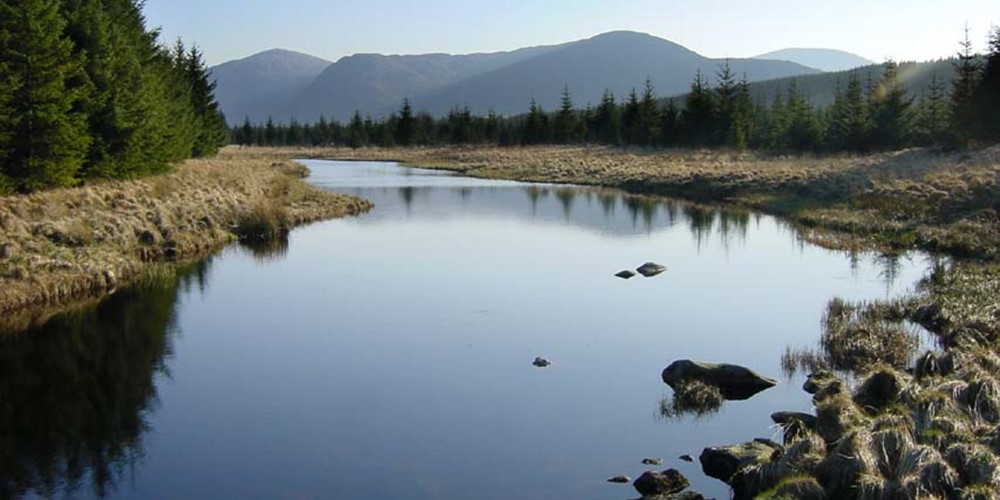 East Ayrshire has a variety of path networks suitable for a range of user groups which take in some of Ayrshire’s finest and varied countryside - from river valleys with their wooded gorges to the glacially carved valleys of the Southern Uplands.

Loch Doon and the Doon Valley Area which incorporates Loch Doon, the largest inland loch in Southern Scotland, the beautiful Craigengillan Estate, the spectacular Dalcairnie Falls and much more.

The Irvine Valley Trail which links the towns of Darvel, Newmilns, Galston and Hurlford with a myriad of footpaths through tranquil open countryside, high moorland, dappled riverside and shaded woodland, rich and diverse in wildlife. Work on the Darvel to Loudoun Hill route has been progressing well since the start of the year and the contractor has now completed path works, drainage and new fencing on the majority of this route. 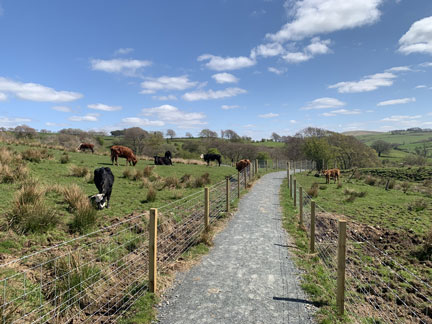 The Lugar Water Trail which skirts Knockroon Wood and follows the Lugar Water to Ochiltree also taking in the beautiful Dumfries Estate.

East Ayrshire not only offers recreational activities for walkers, cyclists and horse riders, but also for those with an interest in water access. Popular canoeing spots in the area include Loch Doon, the River Doon, the River Ayr and Ness Glen which has been given a grade 3 (3+) rating although during sustained wet weather the rapids are much faster and the grade is raised to a 4. Visit www.canoescotland.org  for information on getting started and local clubs. More information can also be found within the Recreation Plan

The Land Reform Scotland Act (2003) was implemented in February 2005, giving us several powers and duties to maintain responsible use of the outdoors, both land and inland water. These included the duty to produce a Core Path Plan which meets the needs of the community, providing a number of routes which give reasonable access throughout the area. East Ayrshire’s Core Path Plan was adopted on 5 November 2008 and has recently been updated in the form of a Recreation Plan which you can view here.
There are a number of significant path projects being developed by East Ayrshire Leisure, Ayrshire Roads Alliance and community groups that could contribute to the Recreation Plan and so the plan will be to reviewed on a 3 year rolling basis to allow new developments to be included at regular intervals and to keep the plan up to date and relevant.

You can view descriptions and maps of our Core Paths using the link below. More local routes will be added in the coming weeks