* Our mobile library service is back on the road. Timetables can be found here. There will be no mobile service w/b 15th Aug due to staff shortages*
**Galston Library is currently experiencing network connection issues. While this is addressed the Digital Bus will visit the library from 2.45-4.15pm on Wednesdays throughout August. (Unfortunately there is no printer on the bus). 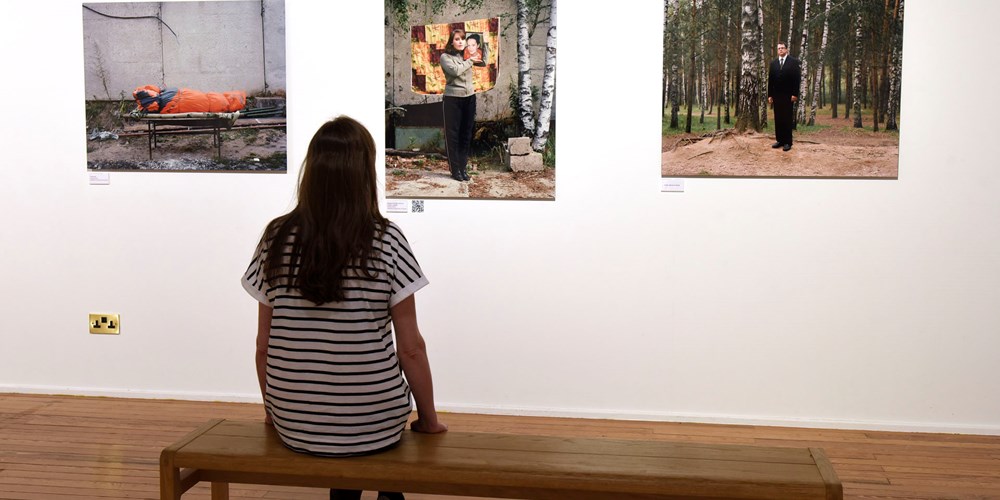 The Dick Institute has been described as Scotland’s finest municipal gallery, featuring the largest exhibition spaces in Scotland south of Glasgow with a carefully selected programme of displays to rival any of our city counterparts.

The building now boasts a tearoom serving barista coffee and sweet treats, making the Dick Institute a must visit destination in Ayrshire.

Our museum galleries show a range of semi-permanent exhibitions which highlight East Ayrshire’s social and natural science heritage through our varied collections. One of the most visited items on display is the replica of John Wilson’s printing press which printed the first book of Robert Burns’ poems – Chiefly in the Scottish Dialect – more famously known as The Kilmarnock Edition. Must see items include original Burns manuscripts which are on rotation and include, Tam O’Shanter, The Twa Dogs and The Cottar’s Saturday Night. You can also view rare items from the Johnnie Walker Archive, some on display for the first time.

Dean Castle, another of our flagship attractions is currently undergoing major repair and refurbishment works which are due for completion in 2022. As a result, the Castle’s fabulous and nationally recognised collections of early musical instruments, tapestries and more have been moved to the Dick Institute for safe keeping and are on display in the North Museum.

Our exhibitions welcome more than 130,000 visitors each year, and 4700 people take part in one or more of our many events and workshops which accompany the programme. Schools and groups are welcome by appointment, and a full and varied engagement programme is ongoing throughout the year.

There really is something for everyone at The Dick Institute.

The postcode is KA1 3BU. The venue is signposted once you are in Kilmarnock and there is car parking around the venue. Alternatively there is town centre parking and the Dick Institute is a 5 minute walk from the centre of town.

Exit the train station and cross the road ahead, bear left along West George St, turn right at Gala Bingo and proceed down the pedestrian precinct to The Cross. Look diagonally to the left and you will see Burns Mall. Make your way across the mall, exit the glass doors and proceed through the underpass to the venue on the corner of Green Street and London Road where you will see the Palace Theatre. From here walk up London Road, past the Grand Hall and the Dick Institute is a 5 min walk.